How can I control Crabgrass in my lawn?

In 1976 All American Turf Beauty was the first company in Iowa to offer programmed lawn care. The company founders literally invented and developed the industry in Iowa. Get a beautiful weed-free lawn with our professional lawn care services! 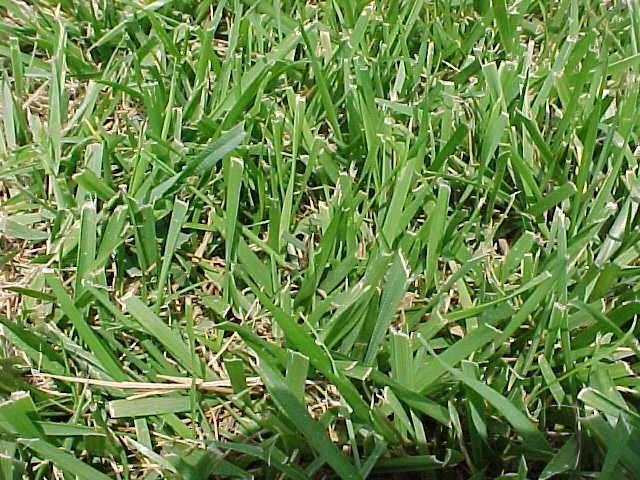 Crabgrass is one of the most prevalent grassy weeds in Midwest lawns. Crabgrass thrives in full sunlight and high temperatures and can easily out compete common, cool-season, desirable lawn grasses. Crabgrass is a summer annual that has a life of less than a year. It germinates in the spring, grows through the summer and dies with the first hard frost. It produces a tremendous amount of seed in the late summer that can remain dormant in the soil for years. If you have crabgrass in your lawn, it will be there next year, too. It has a light green broad-bladed leaf and a crow’s foot seed head. Homeowners who complain of crabgrass infestation in April and early May are usually identifying tall fescue, nimblewill, or quack grass.  It is important to know the difference because these are perennial weed grasses that live through the winter and will not be controlled by a preemergent application.

The most effective way to control crabgrass is to create a dense, healthy turf. A healthy turf will compete well with crabgrass and prevent it from establishing itself. Important cultural controls are proper mowing and irrigation practices. Mow high (3 inches) and frequently so that only 1/3rd of the blade is removed at one time. When irrigation is necessary, irrigate deeply and infrequently.

Pre-emergent treatments are preferred because they are generally more effective for crabgrass control and less injurious to the turf grass than post-emergent treatments. Pre-emergent treatments must be applied before the crabgrass germinates. In Iowa, crabgrass germination typically begins in early May when soil temperatures reach 62 degrees F. at a depth of 1 to 2 inches, or after the air temperature remains above 70 degrees F. for three consecutive days and nights. Pre-emergent chemicals form a barrier on the soil surface which is absorbed by the seedlings and stops their development. It is important not to break the barrier by core aeration or deep raking after the application.

The product may be applied as a liquid, a granular, or as a granular in combination with a turf fertilizer. Do not use pre-emergent controls on new seedlings or before seeding an area.

Post-emergent herbicides control crabgrass after it has emerged and are most effective on small crabgrass plants. These products are more difficult to use than preemergent controls and it is extremely important to follow label instructions to avoid damaging the desirable grass. A second application may be needed within seven days for effective control.
Do not attempt to control crabgrass with herbicides after mid-July because crabgrass plants are usually too large to control effectively. It is better to simply tolerate the crabgrass until it dies with the first frost.

Lawn Crabgrass Control in your lawn by following some brilliant methods. For more on this call 1-800-365-8873 now and set an appointment.

Our services are guaranteed!

If you are not completely satisfied with an All American Turf Beauty application to your lawn, we will re-apply the application at no additional cost and continue the regular lawn treatment program. Alternately, we will fully refund your cost for the application and cancel any further obligation on your part.

To qualify for the guarantee, you must call All American Turf Beauty within 30 days of application.

Our goal at All American Turf Beauty, Inc. is a simple one:

To provide you with the highest quality products and methods available.

We offer every kind of service that it takes to develop and maintain a beautiful lawn in Iowa based on the climate, soil types, and the varieties of grass that are commonly grown here.

One of the keys to the success of the program is that we provide treatment to lawns approximately every 8 weeks throughout the growing season. This ensures that the grass has fertilizer (food) available throughout the growing season. Dandelions and other Broadleaf weeds are controlled as they germinate thus enabling a weed free lawn, and our Turf Specialist is at the property four to six times per season to address problems as and when they arise.

Another key to our service is our people. The most important person to you in our company is the Turf Specialist assigned to treat your lawn.

We are proud to say that our Turf Specialists are the best trained and most experienced in the lawn care industry.

When you become a customer at All American Turf Beauty, a Turf Specialist is assigned to your account. You will have the same person treating your lawn each time. It is their responsibility to service your lawn, make sure it is receiving the correct applications as scheduled, and to provide you with the best personalized service possible. Their jobs depend on it.

We have several programs to choose from. Your Turf Specialist will recommend the best program that fits the needs of your lawn and your budget.

Get the Best Lawn Care Service in Iowa

All American Turf Beauty provides complete services ranging from lawn care to Christmas lighting. We are dedicated to making your yard and home look its best. Let us do the work, so you can enjoy your home and the things that matter the most to you.

To stay informed about news, deals and tips